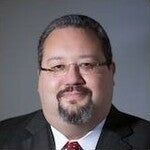 Mr. Rivera joined R&R Legal as a partner in October 2022. He believes that all clients are entitled to a plain and clear understanding of their legal goals, needs, and pitfalls and aims to resolve issues for them as expeditiously as possible.  He has over 35 years of broad-based experience in diverse and complex commercial litigation and construction law in both New York State and Federal Courts, as well as a thorough background in all aspects of civil litigation, including trials and appellate practice.  He also has extensive experience in the areas of intellectual property and entertainment law.

As a product of public housing in the Bedford-Stuyvesant section of Brooklyn, New York, Mr. Rivera has always believed that his path should not be unique. Accordingly, Mr. Rivera worked with after-school youth programs in his neighborhood to provide mentorship and learning opportunities to the children of his neighborhood. That work culminated in his co-founding of an independent, single site charter school serving the K-8 students of his community and housed in the school building that he once attended.  The Bedford Stuyvesant New Beginnings Charter School commenced operations in September 2010 and has emerged as leading light in the community, with test scores that surpass those of its peers in the District, City and State of New York.

Mr. Rivera graduated from Harvard Law School and Pitzer College and is admitted in New York and U.S. District Courts, Southern and Eastern Districts.  He is also a Founding Trustee and the Chairperson of the Board of Trustees of the Bedford Stuyvesant New Beginnings Charter School.

Thank you for contacting us. We will get back to you shortly.

Please complete all required fields below.

We offer a Free 30-minute appointment, and we'll gladly discuss your situation with you at your convenience. Contact us today to schedule an appointment.